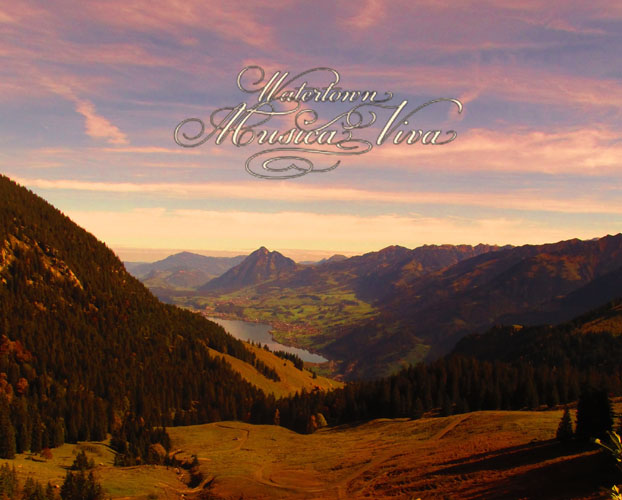 Watertown Musica Viva returns this season with a concert of folk songs from the United States, England, Scotland, Ireland, Wales and other English and non-English speaking nations. Traditional folk songs were usually transmitted orally, and the original composers are generally unknown. Often the songs changed over time by the communities in which they were performed. Included in this program will be many well-known folk songs such as Danny Boy and Oh, Shenandoah as well as lesser-known “songs of the people.” Watertown Musica Viva, an 8-part a cappella ensemble, was founded in 2010 and comprises professional musicians and other advanced singers from many parts of Northern New York.