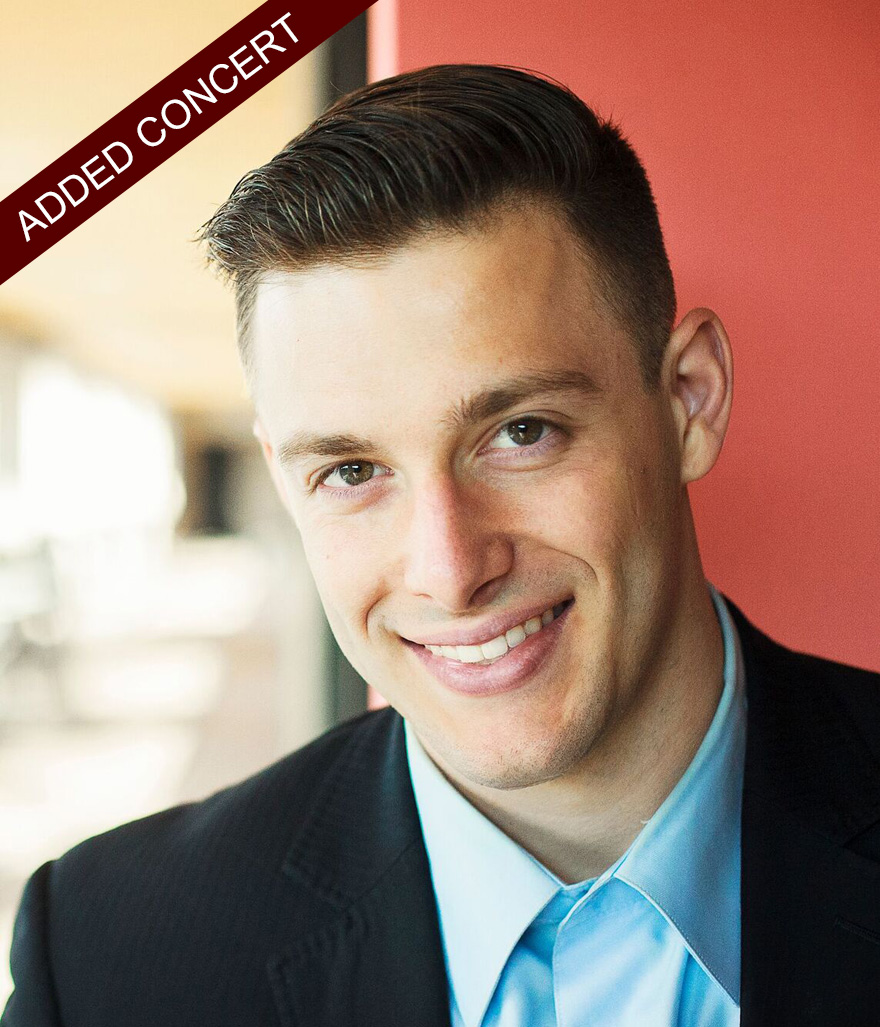 Baritone John Tibbetts has been praised for his sensitive musical interpretation and ability to communicate text. Soon to be a graduate of the prestigious College-Conservatory of Music in Cincinnati, John is well known for his collaborations in the arena of Opera, Recital, and Art Song. His recent engagements include 2nd Prisoner in Cincinnati Opera’s Fidelo, and Pandolfe in CCM’s Cendrillon. This summer John will be singing Yasha in The Cradle Will Rock, as an apprentice artist at Opera Saratoga in Saratoga Springs. John will be accompanied by local pianist Isaac James, who made his Carnegie Hall debut in 2012.

This performance marks the 75th concert presented by the Trinity Concert Series since 2006. In honor of this milestone, all tickets purchased online on or before February 18, 2017 will receive a 30% discount. In order to receive the discount, you must enter coupon code tcs75 at checkout (expires 2/18/17).