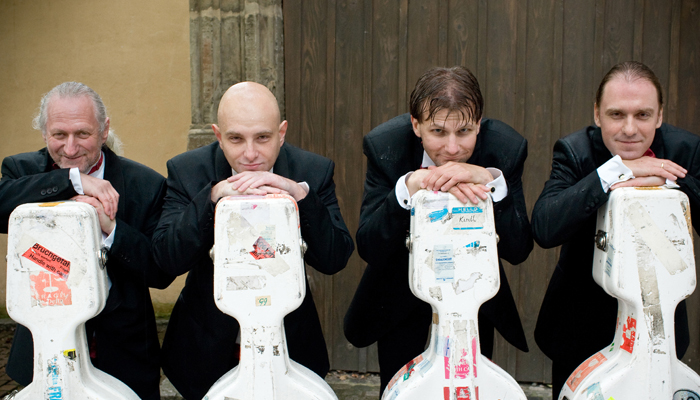 “Riveting…wild cheers…[they] sound like a classical symphony one moment and play ragtime, jazz, klezmer or even a polka the next…a whole new dimension…”

“…each is a virtuoso in his own right…together they play with a sense of musical purpose and personal camaraderie that is infectious.”