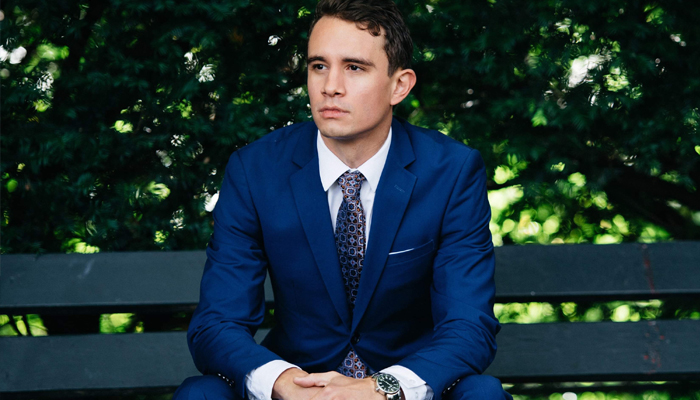 Michael Noble has developed an international reputation as an “astonishing” (Het Nieuwsblad) and versatile pianist whose performances and initiatives have engrossed audiences throughout Asia, Europe, and the Americas.

Since his first recital at the age of six, he has won prizes in numerous competitions, including the Grand Prize at the Carmel Music Society Competition, Gold Medal at the Crescendo Music Awards (Tulsa, OK), and prizes in the Thousand Islands International Piano Competition in Cape Vincent. Michael has been called “a pianist to remember” by Het Nieuwsblad, and his playing has been hailed as “elegant, stylish, and powerful” (Peninsula Reviews) and “poetic” (Het Nieuwsblad). Most recently, he was described, in his performance of Dvořák’s Piano Concerto with the Monterey Symphony, as “a pianist with an admirable ability to serve the music at times with the subtlety of a master chamber music player, and also at times to blaze forth with commanding virtuosity and to carry us to dramatic climaxes” (Lyn Bronson, Peninsula Reviews).

Michael has performed in renowned venues, including Carnegie Hall, Orchestra Hall in Minneapolis, the Museum of the History of Polish Jews in Warsaw, the National Academy for the Performing Arts of Trinidad and Tobago, the Musical Instrument Museum in Brussels, and the Sunset Center in Carmel, California. Additionally, he is a sought-after guest artist, appearing regularly at festivals including the Gentsche Festspiele (Belgium), the Kwadrofonik Festival (Poland), the Lake George Music Festival, Musiksommer Schloss Rosenegg (Austria), and the Thailand International Composition Festival.  Michael is also the co-founder and director of the Monterey-based “Music of Changes,” a festival that presents adventurous thematically-based programs.

He has been featured as soloist with the Monterey and Tulsa Symphonies, and the Idyllwild Arts Academy Alumni Orchestra, among others, and has had the privilege of working with eminent conductors including Ransom Wilson, Gisele Ben-Dor, and Max Bragado-Darman. Additionally, he has worked with the most renowned artists in the field including Gary Graffman, the late Claude Frank, Christopher Elton, Ursula Oppens, John Perry, Boris Berman, Hung-Kuan Chen, Robert McDonald, and members of the Brentano and Tokyo Quartets.

“There was an impressive naturalness about Noble’s playing…exceptional.”

“…Michael Noble [is] a pianist who is first and foremost a musician. He never exploits a work for gratuitous display of pianistic dazzle. He is a musician, who just happens also to be a virtuoso.”